Art of change 21 – Your work has dealt with ecological issues since the 90s. How did that begin?
Bigert & Bergström – We met when we were students at the Royal Institute of Art in Stockholm. We were both regular visitors to the Biological Museum in the city which has been there since 1893. It’s a very special place where you can find old dioramas designed by Swedish explorer and zoologist Gustaf Kolthoff. These stuffed animals were presented as though they were in their natural environment, in wildlife – this was new in Nordic culture. Behind all the kitsch and the fakery, it can be looked at retrospectively as the first step towards ecology. We both had the same fascination and interest in this site, – which can tell us a lot about the image of nature processed by science, as well as scientific projects that utilize art. It inspired us to put together our first performance installation as students – a living diorama! It was in 1987 and we have worked together ever since.

AOC21 – When did your work begin to focus on climate change?
B. & B. – It all began with Biosphere 2, an experimental facility in southern Arizona that tried to produce a contained artificial ecological system to explore the possibility to live on other planets. We visited it in 1990 and then decided to create our own version of it for an art performance in Oslo. The performance space was freezing cold and we couldn’t heat the location. Half of the audience left. This temperature-related experience inspired us to our immersive installations called the “Climate Chambers” in 1994. In these chambers, the audience went into different kinds of extreme weather conditions, The chambers became platforms for discussions, of which global warming was a main issue. For that project, as with most of our projects, we collaborated with scientists. But our work on climate change reached an international audience much later, in 2015, with “Rescue blanket for Kebnekaise”. For the past two decades, the 40-meter-thick Swedish glacier on top of the Kebnekaise massif has been shrinking on average by a meter every year. We installed a reflective blanket at the top, to prevent it from melting. This was part of our series of works on geo-engineering.
…. 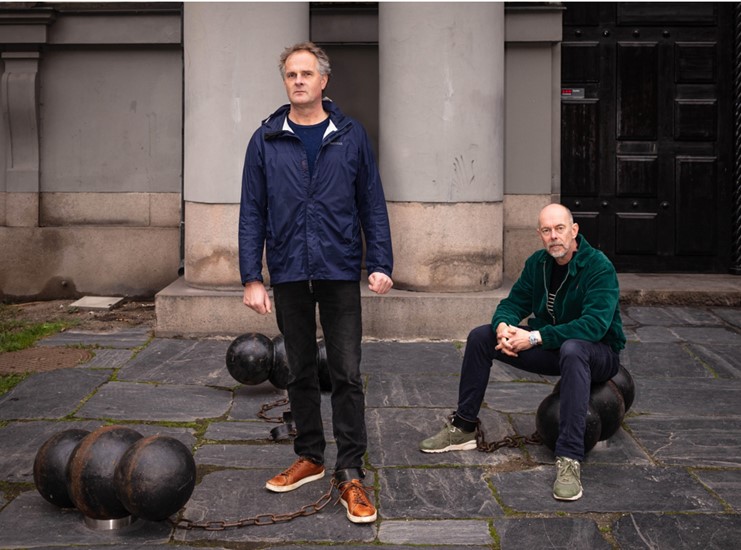